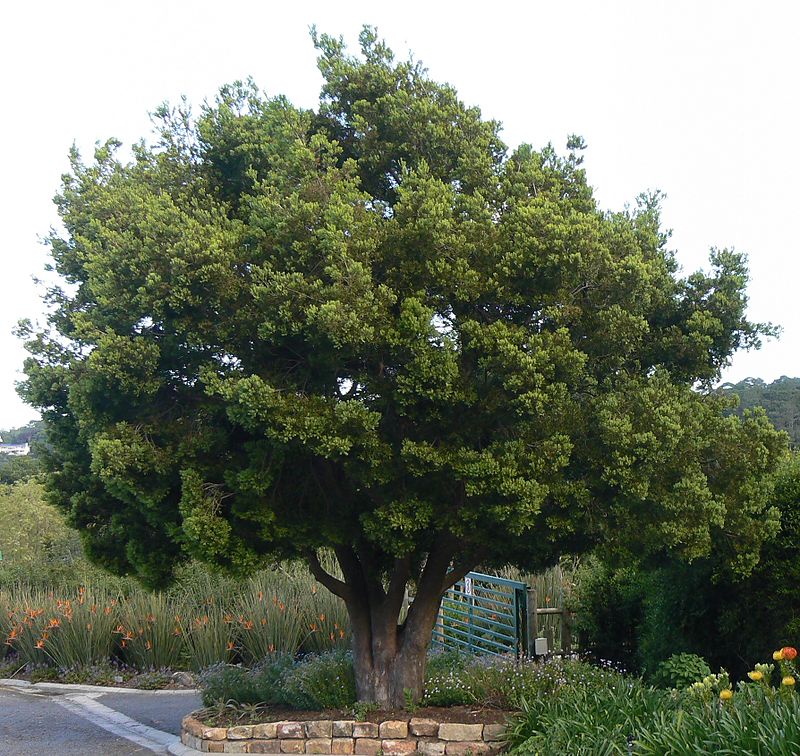 The so-called “African podocarps” include six species of tree within the genus Afrocarpus. They exhibit numerous similarities with the more familiar and widespread Australasian podocarps (Podocarpus spp.), and they were formerly classified in the same genus. Several different colloquial names are applied to members of the genus, including yellowwood, yew and fern pine.

By contrast, many other members of the genus are relatively poorly known. For example, some workers believe that the Madagascan endemic Afrocarpus gaussenii represents a distinct species, while others suggest that it is a variety of the common yellowwood.

Podocarps are largely trees of the highlands, and they are primarily found in two north-south bands, with one occurring on the eastern half of the continent and the other occurring on the western half. However, a small population of common yellowwoods grows throughout lowland habitats in South Africa and Mozambique.

Nevertheless, some confusion surrounds the range of some African podocarps. For example, many authorities state that the podo (Podocarpus usambarensis) is only found in Tanzania, while others believe it occurs in Kenya, Burundi, Rwanda and Uganda as well.

Unlike many other conifers, African podocarps rarely form pure stands; instead, they often spring up as individual forest trees.

African podocarps resemble their Australasian counterparts in most respects. Like their relatives, they possess elongated evergreen leaves, with either a distinct midrib or parallel veins. Some specimens exhibit a shrub-like growth habit, but most forms grow as proper trees. Large specimens may exceed 120 feet in height, although most are much smaller.

Like their Australasian counterparts, many African podocarps produce fleshy, fruit-like cones with a bulbous, colorful aril. The bright colors help attract birds and arboreal mammals, who consume the cones and expel the seeds in their droppings. Interestingly, the fleshy covering of yellowwood seeds is thought to inhibit germination, as the seeds usually fail to sprout unless the majority of the fleshy material is removed, as occurs in the digestive tracts of animals.

African podocarps are moderately long-lived trees, although much remains to be learned about their lifespan. At least one specimen was confirmed to have lived for over 700 years.

African podocarps are important timber trees in many parts of Africa, thanks to their high-quality, fine-grained, yellow wood (from which they derive their common name, yellowwood). For example, lumber from common yellowwoods is used in the construction of furniture, window frames and in ship construction. However, the overharvest and illegal logging of some species has led to population declines in many areas; according to the IUCN Redlist, as much as 50 percent of the historic population has disappeared since the 1950s. South Africa and a few other African nations now protect these trees, and prohibit their harvest.

Yellowwood bark is used in commercial tanning facilities, and many locals consume the fruit. Yellowwoods also serve important roles in the lives of many animals. Bats, birds, pigs and monkeys consume the fleshy seeds, and arboreal critters, including Chacma baboons (Papio hamadryas); use the trees’ dense crowns as shelter.