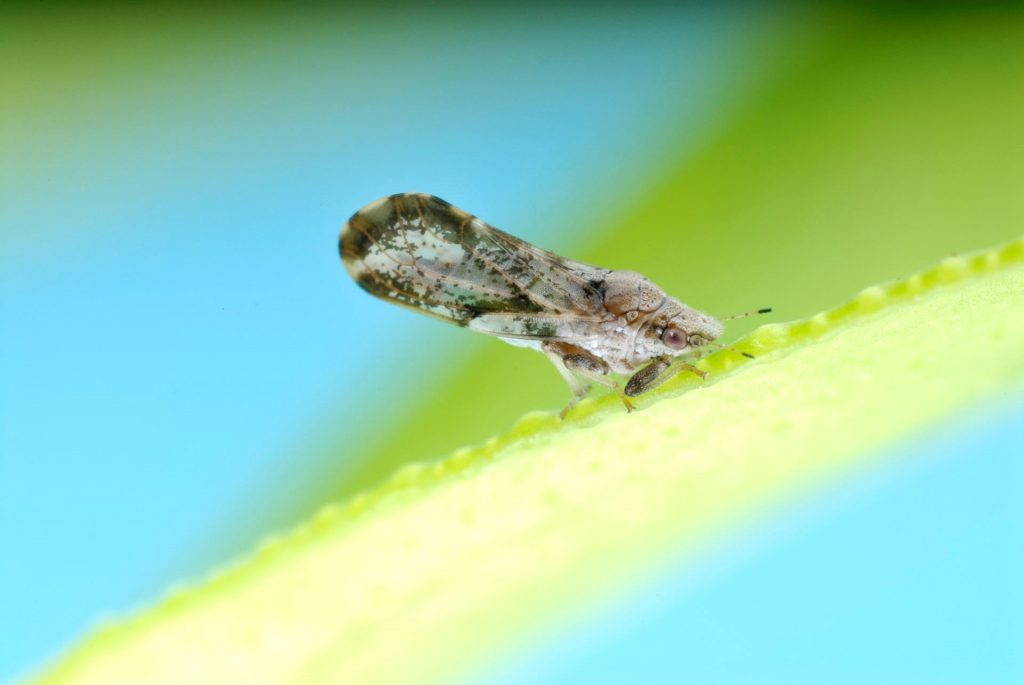 Thanks to the area’s warm climate and thriving agricultural industry, southern California is especially vulnerable to invasive pests and exotic plant diseases. And while there are several species that local homeowners, property managers and farmers must be aware of, few are quite as troubling as the Asian citrus psyllid and the associated disease that the insect causes.

We’ll explain everything you need to know about these non-native pests below, including their appearance and the method by which they harm trees.

Asian citrus psyllids (Diaphorina citri) are small, sap-sucking insects native to South Asia. These six-legged invaders began showing up in Florida about 20 years ago, but they soon colonized an entire swath of the southeast, stretching from South Carolina to Texas. About 10 years later, the insects made their way to California, where they began plaguing citrus trees in suburban and urban areas, as well as some of the state’s citrus farms.

Citrus psyllids harm trees via their feeding habits, which typically affect new leaf growth. However, the insects themselves aren’t the true threat – it is the bacterial disease that they spread which is most concerning.

Called citrus greening disease or Huanglongbing, the ailment is caused by a bacterium known as Candidatus Liberibacter spp. Once introduced to the bite wounds caused by the insect, the bacteria multiply inside the plant, triggering a host of physiological problems.

Unfortunately, citrus greening disease may take two years or more to begin triggering visible symptoms. But during this lengthy incubation period, the trees remain a viable source of the bacteria, which can spread to other psyllids feeding on it.

Asian citrus psyllids are somewhat hard to identify, given their very small size; most are only about 1/8 inch long. They have dark, mottled brown bodies, with lighter colored heads, and black-tipped antennae. Their wings have dark edges with pale centers, and they’re typically widest at the back.

Asian citrus psyllids often adopt a stereotypical “head down” feeding posture, which can also be helpful when trying to identify them. These insects are occasionally mistaken for aphids, but psyllids are much more active pests, who frequently jump around on their host plants.

Some homeowners may notice live Asian citrus psyllids crawling around on their citrus trees (most common citrus varieties appear vulnerable to the insects and the disease they spread). However, because the insects are quite small, you’re more likely to notice the results of the insects’ feeding activities.

Most of the damage caused by Asian citrus psyllids will afflict the new shoots and leaves growing on the tree. These new tissues will often become twisted, curled, gnarled and deformed, thanks to the salivary toxin the pests inject when feeding. The insects may also leave honeydew in their wake, which can coat leaf surfaces and encourage the growth of sooty mold.

If the psyllids on your tree have managed to infect it with citrus greening disease, you’ll likely see additional symptoms. The first thing most people will notice is that the tree’s leaves will begin to develop asymmetrical yellow blotches. But as the disease progresses, the symptoms will begin afflicting the tree’s fruit too.

For example, instead of reaching a typical size, most of the fruits on afflicted trees will remain relatively small. Additionally, the juice contained in the fruit will start to taste bitter with time, and many of the fruit will remain green, rather than turning yellow or orange (hence the name, citrus greening disease).

Because the Asian citrus psyllid and citrus greening disease are such formidable threats to southern California’s trees and agricultural industry, vigilant monitoring and prompt action are imperative. So, be sure to observe your citrus trees regularly for any signs of trouble.

If you suspect that one of your trees is infested with psyllids or already infected with citrus greening disease, give your friends at Evergreen Arborist Consultants a call. We’ll have one of our certified arborists visit your property, inspect your trees, and recommend a prudent course of action.

Diseases of the California Sycamore Tree
Scroll to top