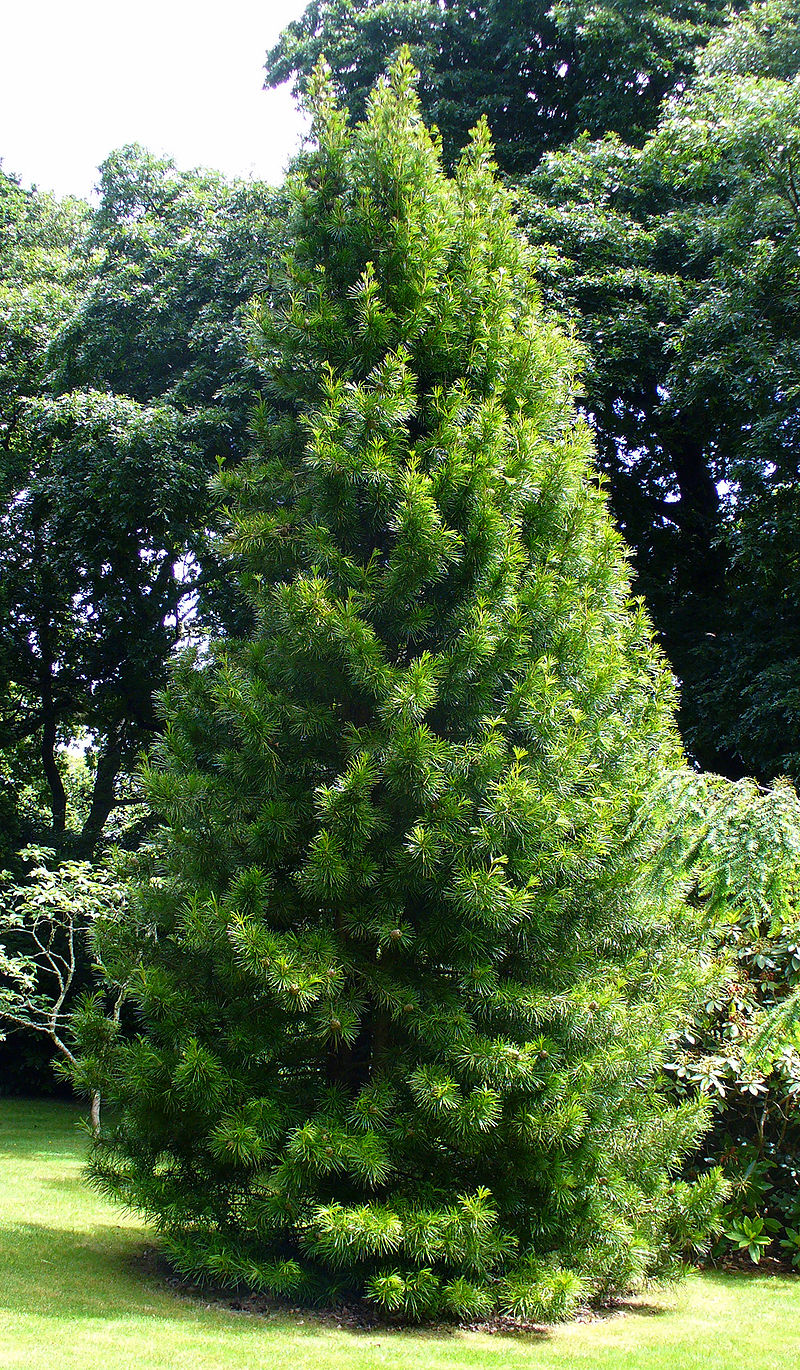 The Japanese umbrella pine (Sciadopitys verticillata) is the single described member of its genus, and – as its name suggests – it is a Japanese endemic. While a popular ornamental that is grown in many locations around the world, they are considered sacred in their native range.

Japanese umbrella pines are unusual-looking trees that rarely solicit lukewarm opinions – as explained by the University of Florida Extension Service, “people either love this tree or won’t even look at it.” The whorled tufts of evergreen needles found at the end of the trees’ branches are said to resemble umbrellas, hence the species’ common name.

Interestingly, these umbrella-like needles carry out photosynthesis, but are not “true leaves.” Instead, the trees’ true leaves occur as scaly, twig-hugging structures. The foliage of these trees is often quite dense.

Although the cones are not produced for some time, those that eventually appear are relatively attractive. They are about 3 or 4 inches long and become quite plump at maturity.

The bark of Japanese umbrella trees is very attractive, having a rich-reddish-brown coloration. Its texture is often described as “fibrous” or “stringy.” Upon cutting into the wood, one immediately becomes aware of the wood’s distinctive, spicy fragrance.

Japanese umbrella pines grow very slowly and take several decades to mature. Growing to about 90 feet in height in their native lands, most umbrella pines remain much smaller – typically less than 35 feet tall – when planted elsewhere.

The largest and likely oldest living specimen is located near a temple in the town of Nodagawa. The temple’s records indicate that the tree has been growing at the site for the last 700 years.

Although a member of the same order that contains living pines and spruces, the Japanese umbrella pine has no close relatives in the modern world. Japanese umbrella pines were originally classified within the family Cupressaaceae, but they have recently been moved to their own family, the Sciadoptiyaceae. This unusual conifer is a relic from an ancient time; researchers have collected fossil remains of these trees that are approximately 230 million years old. In fact, the species represents one of the oldest living conifer taxa in the world.

Extinct relatives of the species probably grew across vast expanses of North America, Europe and mainland Asia. Additionally, the trees probably played a more important ecological role in the Mesozoic Era than they do in the modern world.

Japanese umbrella trees are shade tolerant, but they grow best in partial to full sun. They grow best in USDA Hardiness Zones 4 and 5, although some authorities list them as hardy from Zones 3 through 7. Several cultivars of the species are available commercially, including a weeping form and a dwarf form, which only reaches about 10 feet in height.

While these trees require well-drained soil and have relatively modest water requirements, they are most common in humid cloud forests within their native range. These hardy trees are also resistant to most pests and pathogens, making them relatively low-maintenance trees. While these trees are most common among gardeners and landscapers, some bonsai practitioners utilize these attractive conifers.

The wood of Japanese umbrella pines is water-resistant; so many boat makers use it in ship construction.