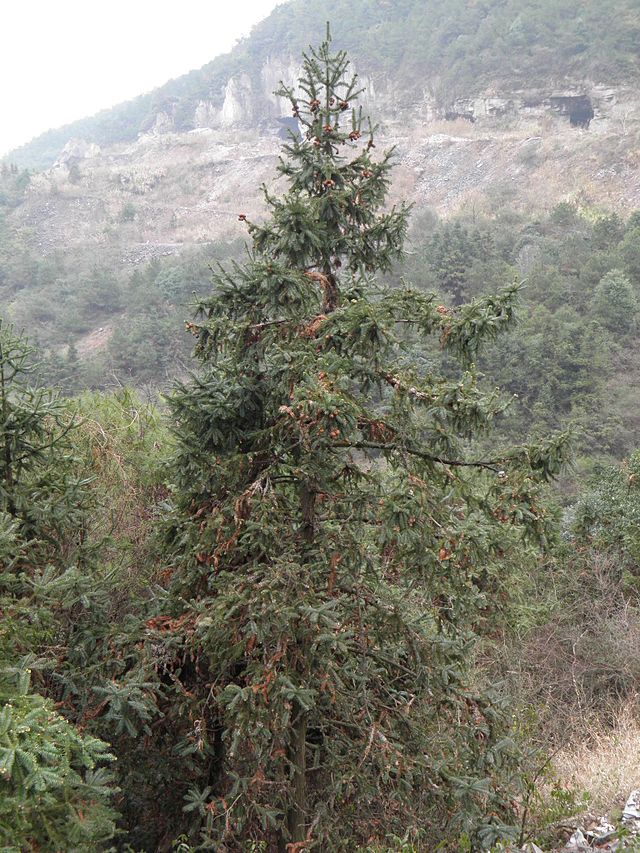 China-firs (Cunninghamia ssp.) are impressive trees, attaining heights of 150 feet in their native lands. Although they are native to Asia, they have been planted in the Unites States since the beginning of the 19th century. Fortunately, they do not exhibit invasive habits, so you can plant them in your yard without feeling guilty.

Despite their common name, China-firs are not true firs; the lineage is actually more closely related to the redwoods. Botanists disagree whether the genus contains one or two species. While most recognize two species, some evidence suggests that both populations form a single species. Cunninghamia lanceolata occur on mainland China, Vietnam and Laos, while Cunninghamia konishii are indigenous to Taiwan, although some scientists recognize cloud-mountain populations from Vietnam and Laos as members of konishii.

Despite their tendency to grow into towering specimens in the wild, most China-firs planted outside of their native range grow to between 50 and 75 feet tall. China-firs sometimes produce multiple stems, although the majority exhibit very tall, columnar growth habits. The bark of mature specimens forms long strips that peel from the tree, providing interesting aesthetics for any landscape. Fortunately, the crown of these trees is usually rather open, allowing you to see the handsome bark. Dead leaves tend to persist on the tree for several years, until the entire branch is dropped. Some consider this a drawback for the species, while others find it to be part of the plant’s considerable charm.

China-fir wood has a number of valuable properties, including a pleasant aroma and extreme resistance to decay. It is an important commercial species in China, as it is frequently used in the construction of temples, coffins and other items for which a pleasant aroma is desirable. The primary limitation for commercial propagation is the minimum winter temperatures of a particular region, which may cause the tree stress during the late winter.

Because it resists most insects and diseases, adapts well to a variety of soil conditions and can tolerate moderate shade, China-firs are great ornamental specimens. The primary limiting factor for their use is the space available. They are best planted as specimen trees on large properties. Nevertheless, the trees grow best in moist, well-drained soils. Avoid exposed sites that are difficult to keep from drying out, as the plants require significant soil moisture during establishment. However, once they have become established, they are very drought resistant – an important quality for our drought-stricken area. Deer reportedly find the needles unpalatable, and the slightly prickly leaves will help to keep mischievous children at bay. Because China-firs often tolerate urban conditions well, they are also used as street trees.

Several China-fir cultivars are available, allowing landowners to select a form well suited for the space available. The ‘Glauca’ cultivar usually stays much smaller than some other forms, topping out at about 50 feet in height. The cultivar is also noteworthy for its pale blue needles, which may offer a unique color for landscapes. The ‘Samurai’ cultivar may remain even smaller, although its growth rate is quite rapid.