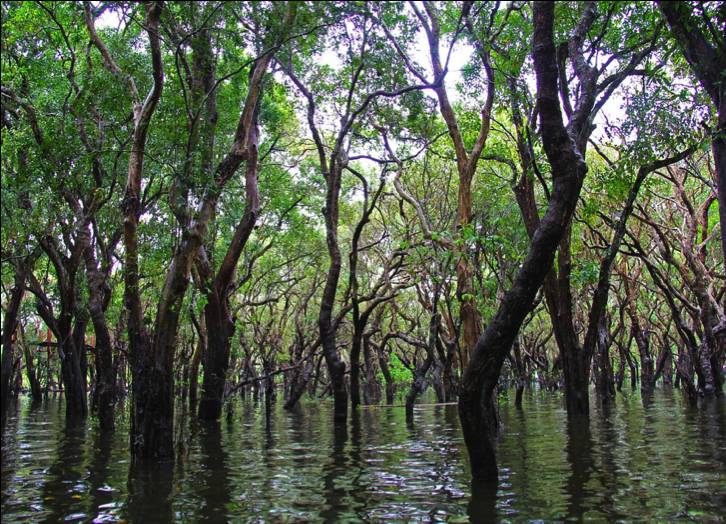 Given our Southern California service area, we talk a lot about drought-tolerant trees. In the best of years, rainfall is light; in the worst, it is nearly nonexistent. This is obviously an important consideration when selecting or caring for trees.

But, as you’ve undoubtedly noticed, we’ve experienced quite a bit of rain lately. To be frank, we’ve received a bit more rain than we’d have liked. And while the safety and well-being of the people and pets living in the hardest struck areas is obviously the primary concern in the immediate aftermath, there are other, longer-term considerations following significant rain events.

Trees need water to survive, but too much water can be deadly. Floodwaters can change the structural integrity of soils, subjecting the roots to failure; they suffocate the roots, depriving them of life-giving oxygen; and, even after the flood waters have receded, they can encourage the proliferation of fungi and bacteria.

Some trees are more susceptible to these problems than others are – you’d have a hard time drowning a mature bald cypress (Taxodium distichum); they have adapted to living in swamps. But some trees become so stressed by flood conditions that they become vulnerable to fungal disease and insect attacks following even relatively minor floods.

If you have any of the following species growing on your property, pay special attention to their condition and vigor over the coming weeks. Chances are, most healthy trees will benefit from the increased moisture over time, but previously stressed or diseased trees will be among the first to fail. As always, reach out to your favorite local arborists, if you suspect your trees may be in danger.

One of our region’s most ubiquitous and ecologically important trees, coast live oaks (Quercus agrifolia) are somewhat susceptible to flooding. They primarily suffer from root suffocation following storms, but insect and fungal attack also take their toll on these trees.

It’s important to understand that there are a variety of factors involved with the flood tolerance of cherry trees. Some cherry rootstocks are very flood tolerant, while others are highly sensitive to saturated conditions. Just be sure that you keep a good eye on your cherry trees over the next month or so, and solicit professional help at the first sign of trouble – if not sooner.

The pretty little trees with the lavender/pink/purple blossoms and heart-shaped leaves, redbuds are a great choice for many places. In fact, as California natives, they’re moderately drought tolerant. But also, as California natives, they’re not particularly well-suited for surviving droughts. Keep an eye on your redbuds over the next few weeks as they finish blooming.

Walnut trees (Juglans spp.) of all species, varieties and cultivars are fairly intolerant of extended droughts. Many walnuts forced to endure extended periods with wet feet develop water mold infections (typically caused by species of the genus Phytophthora), which can quickly trigger their demise. Some farmers use flood-based irrigation techniques with walnut trees, but these do not last very long and are done under controlled conditions, in which the water can be drained quickly if need be.

We don’t share this info to frighten you; most of the local trees will surely survive this unexpected bounty of water. But be sure to keep an eye on your trees over the next several weeks, and pay special attention to the foliage. If you see the leaves start to do anything out of the ordinary (yellow, die, curl, etc.), get help at once.

The Native Habitat of Redwood Trees