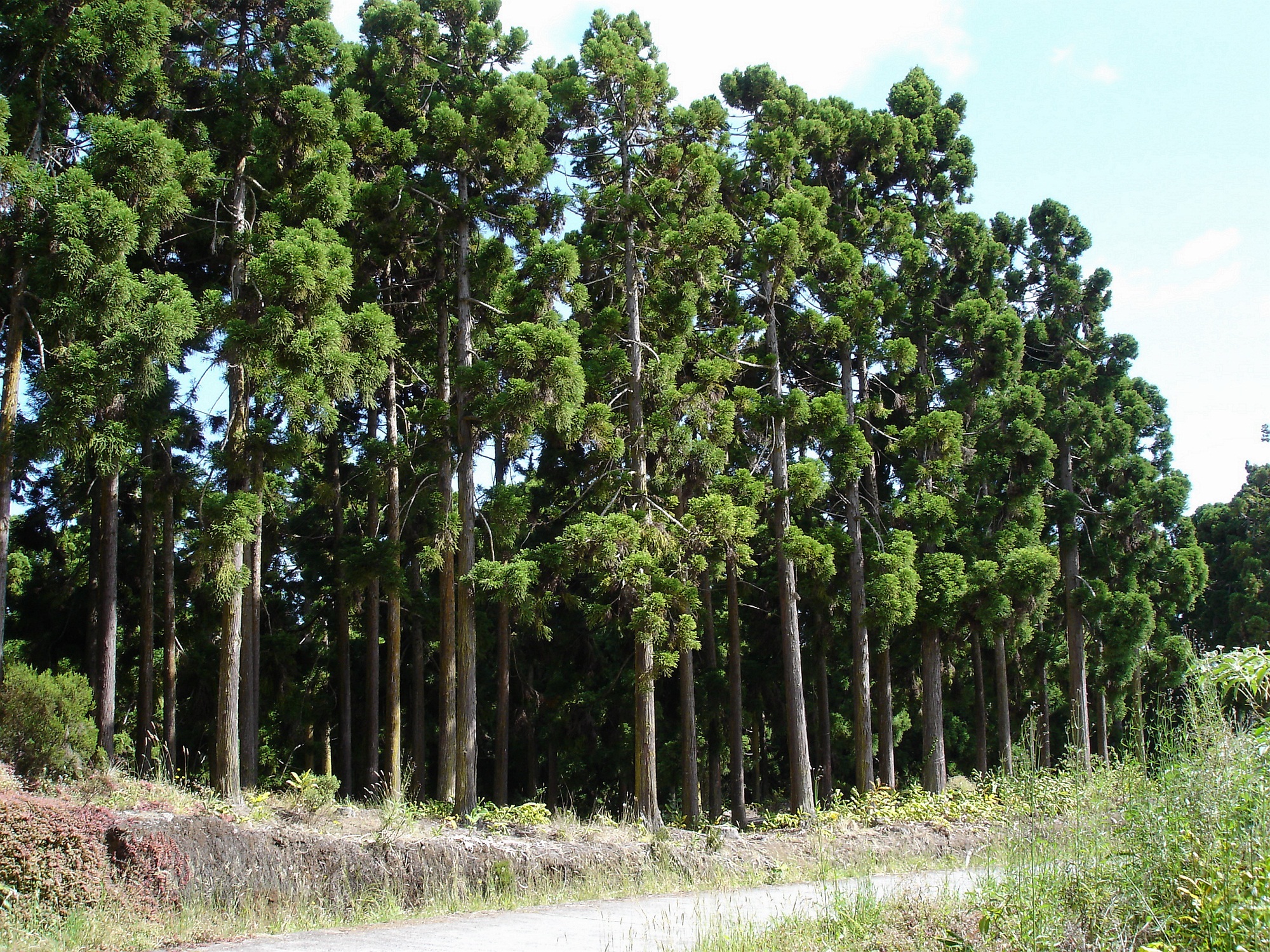 Known in its native Japan as Sugi, Cryptomeria japonica is a beautiful, evergreen conifer that is the sole member of its genus. It also goes by the names Japanese or oriental cedar, although this conifer is not that closely related to the true cedars (Cedrus spp.). Sugi have been cultivated in China for centuries, and now grow in a naturalized form. As the national tree of Japan, citizens often plant Sugi trees near temples and civic buildings.

Sugi are immense trees that, when planted in their native range, may reach heights in excess of 225 feet, and produce gargantuan trunks of more than 13 feet in diameter. However, most ornamental specimens planted outside of the native range fail to reach 60 feet. Additionally, horticulturists have produced a number of cultivars that only attain modest sizes – some people plant them in small gardens or use them for Bonsai purposes. The growth rate of these impressive conifers varies widely, depending on the local conditions and the cultivar in question. Although usually a slow-growing species, these trees grow more quickly when planted on good sites.

Sugi trees are somewhat similar to California’s native sequoias (Sequoiadendron giganteum), save for their longer leaves and smaller cones. Another important difference is the lifespan of the trees, which may reach thousands of years for sequoias, while Sugi rarely reach 200 years of age. Cryptomeria also exhibit different regeneration patterns than redwoods do, which causes differences in the forests these trees create.

Living in the City

Sugi require fertile and moist – but well drained – soils to grow, but they are quite adaptable trees that may thrive in a variety of locations. They safely tolerate many of the indignities of city life, thereby making them excellent street trees. Neither pollution, nor soil compaction or drought is likely to kill healthy, established specimens. However, these trees grow best with full sun exposure, so care must be used when choosing a planting location. Sugi do not thrive in damp weather, which may lead to leaf blight. Avoid this by planting them in locations with ample airflow. Sugi are susceptible to relatively few insects or diseases, although they may suffer from leaf blight or leaf spot in some cases.

Sugi are quite popular ornamentals that have been propagated in Japan for over 500 years. Currently they are also grown in North America and Europe. Because of their relatively narrow crowns, they are suitable for moderate-sized locations, although the lower branches may require removal to permit access by pedestrians and vehicles. Fortunately, the wood is relatively strong, so limb drop is a rare phenomenon on healthy trees. Once mature, Sugi possess a beautiful, reddish colored, peeling bark.

In addition to those traits that make them excellent ornamental species, Sugi trees yield high quality wood that has a number of commercial applications. The fragrant wood is very resistant to rot, so it is used in extensively in construction and furniture making. To satisfy the demand for the useful timber, Sugi trees are grown on large plantations in Japan.