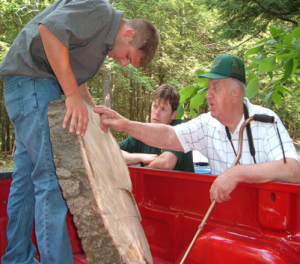 No matter the field, subject or industry in question, it is always important to understand the role important predecessors played in shaping the world modern world.

But if you are an arborist, tree-care professional or simply someone who loves to learn about trees, you should familiarize yourself with the work of Alex ShigoPh. D. – better known as the father of modern arboriculture.

Alex Shigo was born in Duquesne, Pennsylvania in 1930. He was a talented and dedicated musician from an early age, who played clarinet for the official United States Air Force Band as part of his service during the Korean War. After the war was over, he enrolled in Waynesburg College, where he eventually obtained a Bachelor of Science degree in biology. Soon after, he was admitted to West Virginia University, where he obtained both a Master’s and Doctoral Degree in plant pathology.

In 1960, Dr. Shigo was hired to perform tree pathology work for the U.S. Forest Service. Dr. Shigo stayed with the forest service for 25 years, before he retired and began working as an author and lecturer, sharing his knowledge of trees with all who cared to listen or read. A prolific writer, Dr. Shigo authored and co-authored 160 different books, academic papers and popular pieces during this time.

A pioneering thinker in the world of tree science, Dr. Shigo turned many time-honored tenants of tree care on their head. Dr. Shigo’s contributions to the world of arboriculture could fill volumes, but a few of his most important lessons and breakthroughs include:

Dr.Shigo continued to learn about trees and share his considerable knowledge about them for the rest of his life. He died unexpectedly after suffering a fall on October 6, 2006, at the age of 76.

Try to keep Dr. Shigo’s contributions to arboriculture in mind the next time you find yourself looking at a beautiful urban forest. Thanks to his work, those trees will feature full, vibrant canopies and properly trimmed stubs – and they’ll be healthier and more attractive for it.