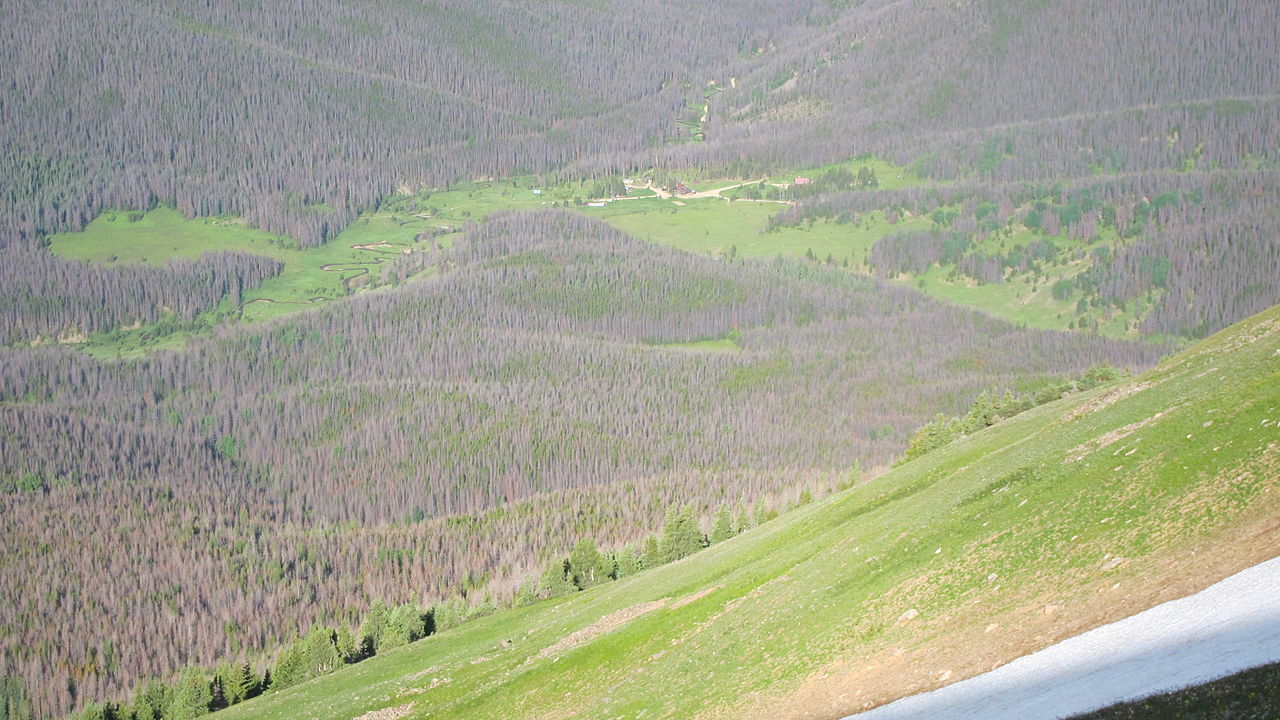 It is not exactly breaking news that the current drought is responsible for the deaths of a significant number of local trees.

In fact, recent estimates by U.S. Forest Service suggest that the drought has killed off at least 12 million trees from National Forest lands. Before the end of the summer, millions more are expected to perish. And although they are not true trees, Joshua trees (Yucca brevifolia) – perhaps the most iconic denizens of the desert and well suited for amazingly arid conditions – are even starting to die, courtesy of the drought.

If the current drought does not end soon, dead trees may number more than 14 million. However, what often goes underappreciated in times of drought is that many drought-stressed trees succumb to pests and pathogens, which they could normally fight off.

Bark-boring beetles and trees have a long, intertwined history. Several different beetle species afflict as many tree species, but those that attack pine trees are of special consequence at the moment.

Adult female pine beetles seek out weakened pines and attempt to bore through the bark. After penetrating the bark, they make tunnels in the tree’s phloem, and begin depositing eggs. The beetles carry a fungus on their bodies that helps convert the tree’s tissues into digestible form for the hatching larvae. Once mature, the beetles tunnel out from the bark, seek out new trees and repeat the process.

While one beetle is unlikely to kill a tree, the insects rarely attack trees singly. Instead, the adults release pheromones upon locating a suitable tree; these pheromones attract other bark beetles in the vicinity, thereby forcing the tree to contend with scads of the beetles at the same time. The mass attack likely helps guarantee that some of the beetles will survive the tree’s defenses, and perpetuate the species.

In most years, trees repel the vast majority of these insects with their sap. As the beetle tunnels through the wood, the tree begins exuding sticky sap from the hole, thereby trapping the insect or pushing it out of the hole completely. However, thanks to the water-stressed state of these drought-stricken trees, they cannot produce adequate sap flows to stop the invaders.

Make no mistake – these beetles are a natural component of local ecosystems that have played their part in ecosystem dynamics for millennia. Normally, the beetles only manage to take out the sickest and weakest trees in the grove. In this sense, they are helping to cull unfit trees from the habit.

However, as drought-stressed trees are unable to mount an effective defense, the beetle population is exploding. In some areas, their population has increased in size tenfold. Additional factors are also at play, and they are contributing to the population growth as well.

For example, the lack of hard frosts during recent winters has prevented the bulk of the beetle population from dying off. Our region’s abnormally warm temperatures have also played a role in the problem, as the beetles grow, mature and reproduce more effectively in warmer weather. In fact, some bark beetle species now produce two generations per year, rather than one.

What Is the Solution?

Unfortunately, those working on the problem do not agree on the best path forward. Some believe that the only method to save the forests is by thinning the stands drastically. This would help make it harder for the beetles to move from one tree to the next. However, others believe that this approach will have little effect on the insects, and is likely to remove more trees than the beetles will.

For the time being, the best answer is to study the problem in more detail, and learn about the interactions between beetles and the trees that feed them.

Irricades: An Aussie Solution to a Californian Problem